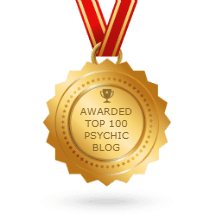 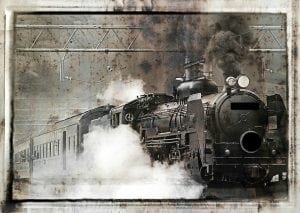 Renee Descartes, the French philosopher, said that evil demons could keep us under a veil of illusion. What Descartes did not realize was is that we are the demon, believing and feeding into the illusion.

We are the controller of us, of all the different parts of the illusion of ego.

Dreams are a direct link to our consciousness on different frequencies of dimensions. In dreaming, we are connecting to this dimension.

The dream I had nearly thirty years ago was a lucid dream—meaning that I knew I was dreaming and I could interact within the dream.

This is an account of the dream, in all its detail and its meaning:

I became aware of a landscape in muted orange and light browns. The air was thick. There were mountains, but they were barren. The ground was barren. The feeling was ominous.

Next, I saw train tracks leading through a realm where nothing grew, and a black, vintage steam engine train puffing toward me. I was above it in the air, held still and quiet. The noise of the steam engine drew closer and closer and as it did, I became aware of myself and that I was dreaming.

When the train was right under me, I went into it, and appeared inside a beautiful train car.  The walls were black with velvet patterns of red. I stared at those patterns, and then my eyes moved to the brass lamps on the walls that emitted a beautiful golden color in the room. The carpet was red with blues and greens that seemed to be alive, and the bench-seats were all black; even the cushions matched the flooring.

I sat down and as I looked up, a man smiled at me. He sat directly across from me. Through the picture window, I could see that the outside was still desolate, and orange and brown in color.

The man was dressed in all black, including his jacket, vest, and pants. His dark curly hair framed his face. His dark eyes were so deep and enchanting. He was looking outside and would not look at me. I sat quietly, unable to feel my feet even though I could see my legs.

I took a deep breath, and let it out. The train was rumbling along, writhing along the steel and wooden tracks as they stretched and creaked. I also noticed the reflection of the outside on the inside; colors reflected on shining objects inside the train car.

He finally turned to talk to me, and smiled. “Do you know why you’re here?”

He then smiled again, and I could see the reflection of the outside in his dark eyes. I could also see my reflection within his eyes … it looked like light.

He asked me a question, and as he did, he leaned forward toward me. “You must make a choice.” A long silence followed as he moved gently back and forth with the swaying train. “You must choose, this is the time. Do you choose light or darkness?”

He told me there was no in-between; which would I choose? What would I serve? He then smiled and his face morphed into a grotesque creature. I felt danger. I could feel my heart pumping, and I said to myself, You’re in a dream.

I started to float above the seat. I became light; I was so bright that he hid his hideous eyes, and I said strongly and passionately, “I choose light. I serve the light. Leave me be. I have chosen and you have no power over me.”

With that, the train exploded into white light, and I thought, Well I guess I’m dead. I landed in a place that was light, floating in a liquid light with burst of gold and blue, pinks and greens. I saw the most beautiful light, and it became clear and moved closer. I felt the strongest sense of joy and love that I started to cry.

Even though I was floating, I got down on my knees and started to pray. I was so thankful and felt such a oneness that I was bursting at the heart. Then I woke up in bed. I could feel my heart, and it was full of love and heat from the experience. Oneness, with everything.

Through this whole experience, I was detached. I wasn’t afraid; I was curious. I wanted to know what it was, where it was. I had no fear. I knew I was okay and aware.

The only feeling that came into play was when I was in the light.

It was like being in liquid light, pure love, so connected.

It seems our paths are always as clear as we can accept at the time. Where it is asked and we answer yes or no, the path gets a little clearer.

This can happen on a large scale or a small scale. We make choices all day long, to either serve love, or serve our own lower ego. That’s what he was; it was me, my lower self-serving ego. We are who we battle with. That is what some call the devil or a demon. In all truth, it is a surrender to the ego side.

We are the center of everything, we have a choice. Every day starts anew; we can choose 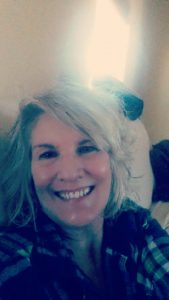